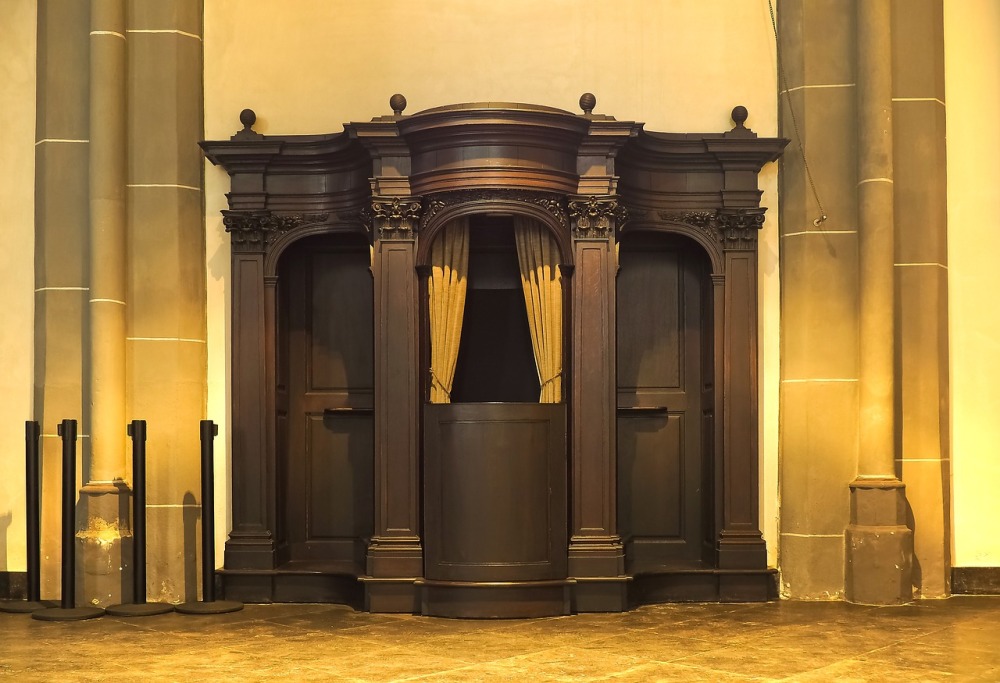 In John’s Gospel, we read that Jesus gives the Apostles and their successors the authority to forgive or retain sins. So, does that mean a priest REALLY has the authority not to absolve someone from their sins and why would they do this?

Fr. Vincent Serpa, O.P. had this to say on the subject:

There are times when our sincerity needs to be challenged—for our own good. After all, his forgiveness doesn’t come cheaply. We need to remember that he paid the price of shedding his own blood for us.

Fr. Hugh Barbour, O. Praem. said this when asked, “What if a sin is not absolved?”

Denying absolution is rather rare, since usually, even if the penitent is weak and frequently falls back into sin, at the time of confession he or she is willing to keep on trying, making use of the means of grace and the advice of the confessor. If the confessor perceives that this is lacking, he might refuse absolution, or “retain” the sins confessed. The penitent should use this as a helpful experience and pray for the grace of a true purpose of amendment and real contrition so as to be absolved.

So, the answer is  — yes, they can retain sins because Jesus gave them the authority to do so.

While it is rare, as Fr. Barbour pointed out, it can happen and I know this because it happened to me!

As I have mentioned before, I lived a less than virtuous life for many years. I made so many bad choices. I partied a LOT! I drank a LOT! I lived a miserable existence stuck in the muck of my sins and thought that I would never add an ounce of good to this world. Thanks be to God,  I finally woke the heck up. I was sick and tired of being sick and tried. I didn’t want to be known as the screw-up anymore and got sober at the age of 23! Although that didn’t cure all my bad decision making, it put me on the path back to God.

Fast forward several mistakes, bumps, and missteps later. I married the man I had been praying for all my life. That story in and of itself is a complete miracle from God which I will happily share some time in the future. At this time in our lives we were trying to start our family and  had been trying to conceive for about a year. I prayed constantly. I slowly began to rediscover the treasures of my Catholic faith, which had been carelessly forgotten, like calling upon the intercession saints.

One day, possibly during Lent, I decided it was time to get back to the Sacrament of Reconciliation. My heart wasn’t really in it but it seemed like something I should do. I went to a parish near my home to attend confession for the first time in probably 13 years. I was not a regular Mass attender, but had been going more often with my Mom.

I stood in line trying to think of what I would say. Looking back, there were so many things I should have said but I don’t think I ever truly made a “good confession” before. Honestly, I didn’t even know how. When it was my turn to go, I went face-to-face because that’s just how I roll!

Actually, I now prefer face-to-face confession but on that particular day I wasn’t meaning to do it that way — but that is just the door I went into. I walked in to see the familiar face of the Parish pastor. I had been to that church for Mass a couple of times before, so I recognized him and he seemed like a nice enough guy.

As I sat in front of him, my eyes down, the words that I had learned so many years ago slipped fluidly off my tongue, “Bless me Father for I have sinned. It has been…probably…about 13 years since my last confession.”

After that I honestly can’t remember what I said – but I KNOW that it only scratched the surface of what I needed to be confessing that day. I was ill prepared and didn’t want to take up too much time because there were a lot of people waiting, so I tried to touch on the main things.

If I had it to do over, I would have scheduled an appointment and sat down and did a thorough Examination of Conscience first, but I really had no idea how steeped in sin I was and all that I needed to do to work my way out of it.

With my eyes still fixed firmly on the ground, I also explained that I had been married briefly (that is another story for another time), not in the Church and we didn’t have any children together. BUT (I finally looked up) the great news was I was now happily remarried (not in the Church) and doing my best to be a good person. I think I ended by saying something like, “…and that’s all I can think of right now.”

The priest looked at me and said, “I’m sorry but I cannot absolve you.”

I was stunned for a second and thought, “Wait…What? Did he just NOT absolve me? Can he even do that? How am I supposed to get absolution then?”

I asked what I should do next and he told me that I needed to get my first marriage annulled — which I promptly did. Thankfully, the Annulment process for me was fairly painless but it took me a few more years to get up the courage to go to confession again. I still had a lot of work to do. I still had a lot to know. I was still in a state of mortal sin for a long time and didn’t realize to what extent until my husband went through RCIA and even then, I still had a lot to learn.

So, not being absolved that day was a blessing. I realize that there was no way that any priest could have absolved me. As much as it stung at the time, it set me on the path that I am on today. It lit a fire in me.

There was always a tiny little flame burning, but I thought I had snuffed it out long ago with my sin. Thankfully, that flame was beginning to grow. With every book I read, every Mass I attended, every Catholic apologist I listen to, every conversion/reversion story I heard- the flame grew brighter and stronger.

Today, I have an insatiable thirst to know all I can about Sacred Scripture and the Catholic Church. I also have a strong desire to share what I have learned with others, which is why I started this blog.

Wondering how to make a good confession? Here’s a video from Fr. Mike Schmitz with some great advice on Making a Good Confession:

May the Lord bless and keep you!

This site uses Akismet to reduce spam. Learn how your comment data is processed.